“Through whom also we have access by faith into this grace in which we stand, and rejoice in the hope of the glory of God.”

These words, quoted from Romans 5:2, describe a monumental principle that many, including me, have skimmed over when reading this chapter of the Bible. But before we get to that principle, let me say that the first two verses of Romans 5 show the default position of everyone who has accepted Jesus Christ as personal Saviour and Lord. We learn from these verses that such persons are justified by faith and have peace with God. Having received these salvation blessings, they are held up by grace and the hope of their salvation (the hope of the glory of God in us and through us) is progressively revealed to them.

Held up by grace

As believers, many of us know that we have been brought into relationship with God by His grace. We were sinners who were alienated from Him by our rebellion and deserved nothing but death (for the wages of sin is death[i]). But God extended His goodwill, lovingkindness, and favour to us by sending His Son to take on the penalty for our sins. Through the sacrifice of our Lord Jesus Christ on our behalf, our sins were written off and rather than receive the death we deserved, we received justification (i.e. we were declared just and righteous).

But what eluded me — at least to the degree that I’ve learned lately — is that no matter how deep we go in God, we are held up within His righteous kingdom by grace. The soil in which we are planted and from which we sprout as fruitful trees is GRACE. If His grace were withdrawn, no matter how beautiful we have been as plantings of the Lord, we would wilt, crumble, and fall like dying plants. 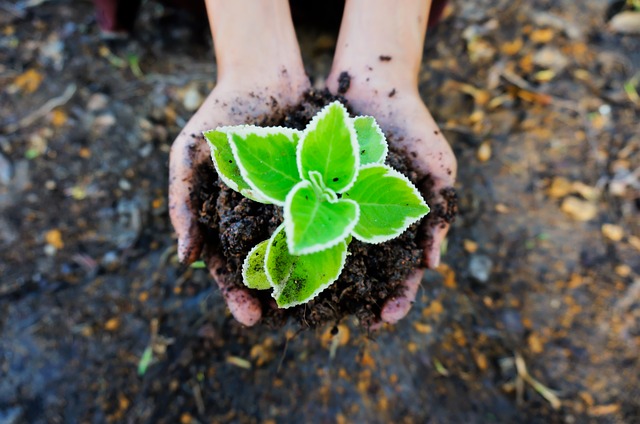 We stand in the soil of grace. God’s saving grace is the substance that holds us up. We are able to rise each day with the desire to pray, to love and to serve the Lord because of His grace at work in us.

Sustaining the flow of grace

But the story of grace does not end there. Grace does so much more. God’s grace teaches us how to remain in His righteous kingdom and how to please Him therein.

For the grace of God that brings salvation has appeared to all men,  teaching us that, denying ungodliness and worldly lusts, we should live soberly, righteously, and godly in the present age.

It inspires us to good works and makes it easy to live lives that are pleasing to Him.

Work out your own salvation with fear and trembling; for it is God who works in you both to will and to do for His good pleasure.

But in every instance of its occurrence, grace is a gift. In other words, it can either be accepted or be rejected. This means that we have a part to play in sustaining the flow of grace in our lives. When grace flows freely, we become fruitful — prayer is easy, worship is easy, fellowshipping with like-minded believers is easy, obeying God’s commandments is easy — and our lives bring pleasure to God.

So what should we do to sustain the free flow of God’s grace in us? Perhaps you are expecting a long and complicated answer to this question. Actually, the answer is simple: Be open. All God needs is our openness to Him. With that, He can make us everything His Word says we should be.

If there is one thing that every child of God who aspires to please Him and grow into full maturity should do, it is to have a “no-controversy” attitude toward the Lord. Having a no-controversy attitude toward the Lord means making a resolve to never contend with the Him, or murmur against Him, or be offended at Him. A no-controversy attitude implies that you will follow Him wherever He leads, trusting in His infinite wisdom. As the songwriter puts it, “Where you go, I’ll go; where you stay, I’ll stay; when you move, I’ll move; I will follow.”[ii]

Of course, we should not take this position because we think God is incapable of handling contention or offense — He is not fazed by such — but rather because contention, complaining, and offense against God closes us off to Him. When we entertain these, our hearts harden toward Him and the flow of grace is gradually cut off.

For thus says the High and Lofty One Who inhabits eternity, whose name is Holy:
“I dwell in the high and holy place, with him who has a contrite and humble spirit,
To revive the spirit of the humble, and to revive the heart of the contrite ones.

The grace in which we stand is priceless. Without it, we would have no fruitfulness in things divine. Let’s be mindful to sustain this flow of grace. Trials and challenges will come, but through it all, let’s maintain a no-controversy attitude toward our Lord. With this in place, we will overcome all things and inherit all things[iii] by His grace.

4 thoughts on “This Grace In Which I Stand”